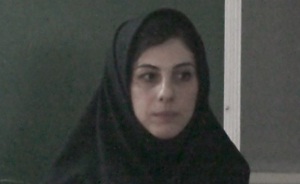 Abstract: Formal models of natural language are neither recent nor rare: one can argue that Aristotle's syllogistic logic was the first such attempt; there is the work of Chomsky on generative grammars and the more algebraic work of Lambek (the syntactic calculus and its various forms), combinatorial work of Steedman (CCG), Discourse Representation Theory of Kamp and so on. But all of these formal systems are based on a denotational set-theoretic semantics. More recent approaches to semantics of natural language argue that pragmatism also plays a crucial role and that meaning representations of words should be based on the contexts in which they often occur; here, various statistical measures are developed to retrieve such information from large corpora of real natural language texts and to reason about them. A popular formal framework is vector space models. These provide a solid base for word meaning, but it is less clear how to extend them to phrases and sentences. In joint ongoing work with Clark and Coecke we provide a setting on how to use linear algebraic operations inspired by category theoretical models of vector spaces and develop a solution. Here, empirical data from corporal and experimental analysis is an essential tool to verify the theoretical predictions of the models